There's been a lot of blog action about Casa de Fritos lately for some reason.  Why, you ask?  Actually, "Why not?" is a better question since CdF is officially the coolest Disneyland restaurant ever.  Sorry, Aunt Jemima, but it's the truth.

At any rate CdF stuff is uncommon since there's so few items to really collect. The postcard, the ads in the 1967 National Geographic magazine, the matchbooks, the cool mug that I posted awhile back, and.....oh, yeah....the stellar attraction poster that for some reason I never received from any of you for my birthday.

So...what better excuse than to recycle an old post and present to you...the Casa de Fritos holiday gift box. I guess you could ship friends a box o' Fritos (or Cheetos) for Christmas from Disneyland. Pretty cool Frito Kid and pretty cool classic Disneyland logo. Somehow, I've had three of these in my collection over the years. I can't believe three people actually saved (or even received) this box, but there you go. I sold my first two in the great purge of 1999, but when this one emerged from the legendary collection of Leon Janzen, I knew that it was fate for me to own one. And the Janzen connection just makes me happy. I have another box from the LJ collection which I'll post at some point.

And, yes, those script posts will continue soon. Not that anyone has asked... 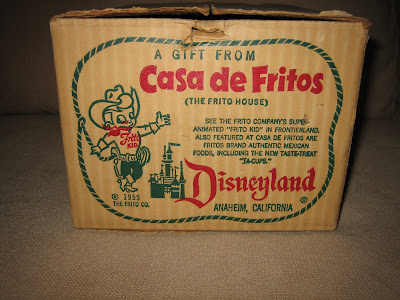 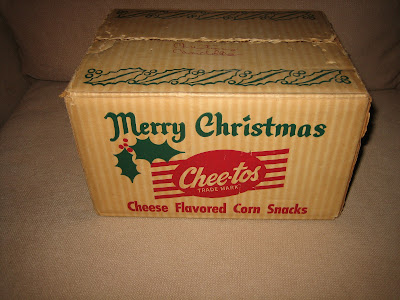 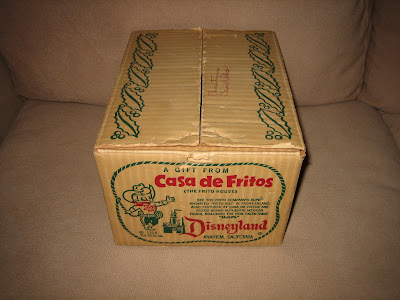